"THINK AS A WINNER AND ACT AS A WINNER. YOU’LL BE QUITE LIKELY TO ACHIEVE YOUR GOAL."
—Enzo Ferrari

Born in 1898 in Italy, Enzo Ferrari began his auto racing career in 1919. He soon joined Alfa Romeo and managed its racing division after retiring from driving in 1931. Following World War II, the Ferrari marque earned renown as its drivers racked up numerous major championships. However, its founder faced personal turmoil after the early death of his son, while financial issues forced him to explore mergers with other automakers. Ferrari formally resigned as president of his company in 1977 and died in 1988. 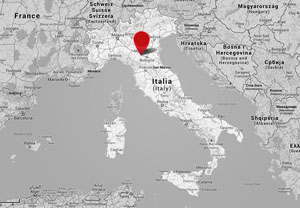 Enzo Anselmo Ferrari was born on February 18, 1898, in Modena, Italy. The second child of parents Adalgisa and Alfredo, a metal worker, Ferrari was bitten by the racing bug at age 10, when his dad took him to watch a motor car race in Bologna.

Ferrari also dreamed of becoming an opera singer, but the deaths of his father and brother from the flu in 1916 forced him to grow up quickly, and he left school to become an instructor for Modena's fire service workshop. Ferrari joined the Italian Army in 1917 and shoed mules for the 3rd Alpine Artillery Division, enduring his own serious battle with the flu before earning an honorable discharge.

In 1919, Enzo Ferrari moved to Milan to work as a test driver for Costruzioni Meccaniche Nazionali. Given the chance to compete with the company's racing team, he made his debut at the 1919 Parma-Poggio di Berceto hillclimb race, finishing fourth in his division. He left CMN the following year to join Alfa Romeo.

After winning the Circuito del Savio in 1923, Ferrari met the parents of World War I flying ace Francesco Baracca, who suggested the young driver use the emblem that decorated their son's plane for good luck. The emblem—a prancing horse—eventually came to represent the power and prestige of the Ferrari marque. That year, Ferrari also married Laura Dominica Garello.

Said to be unwilling to damage an engine by pushing it to its limits, Ferrari nonetheless won his share of races and was honored by his country for his sporting achievements. In 1929, he pulled together his own team of drivers and engineers for his Scuderia Ferrari (Ferrari Stable). Comprised mainly of Alfa Romeos, the scuderia soon became the official racing arm of the automaker.

Ferrari competed in his final race in August 1931, and became a father with the birth of his beloved son Dino in January 1932. Although he scored a huge victory with one of his cars at the 1935 German Grand Prix, he had to close his scuderia in 1937 when Alfa Romeo reclaimed its racing division. He left the company for good in September 1939, with the stipulation he could not use the Ferrari name in association with racing or cars for at least four years. 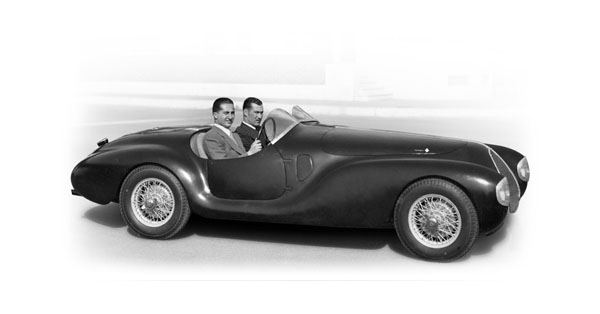 Soon after leaving Alfa Romeo, Enzo Ferrari opened Auto Avio Costruzioni in Modena and sought to develop his own racing cars, but the outbreak of World War II led to government intervention. The company moved its factory to nearby Maranello, where it focused on building grinding machines.

Ferrari resumed designing racing cars at the conclusion of the war, and in March 1947 he took the first official Ferrari, the 125 S, out for a test-drive. The marque scored its first win that year, at the Rome Grand Prix, and went on to notch victories at the Mille Miglia in 1948, the 24 Hours of Le Mans in 1949 and the British Grand Prix in 1951. In 1952 and 1953, Ferrari driver Alberto Ascari won the world racing championship. Around this time, the company also began producing cars for road use, with the rich and famous lining up for a chance to purchase one of these dazzling vehicles. 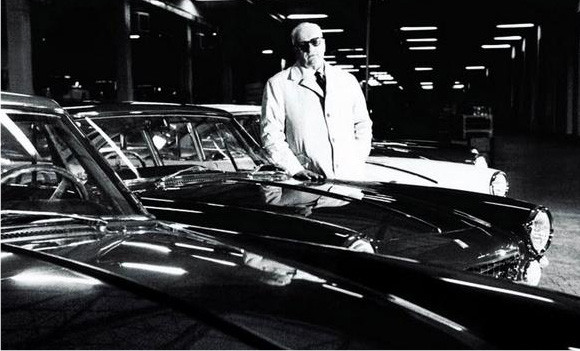 Despite rocketing to the top of the racing industry in the 1950s, Enzo Ferrari endured immense personal turmoil during this period. The biggest blow was the death of his son Dino from muscular dystrophy in 1956, a devastating loss that turned him into a recluse. In addition, six of his drivers were killed between 1955 and 1965, and he was even tried for manslaughter (and acquitted) after one of his cars careened into the roadside crowd at the 1957 Mille Miglia and killed nine spectators.

Ferrari lost the services of several top engineers and executives in the "Palace Revolt" of 1961, reportedly after a dust-up over the intruding presence of his wife. Two years later, he engaged in serious talks with the Ford Motor Company about merging their operations, before pulling out at the last minute due to concerns over a loss of control. He eventually did cede some control of the company in 1969, when financial issues prompted him to sell a 50-percent stake to Fiat. 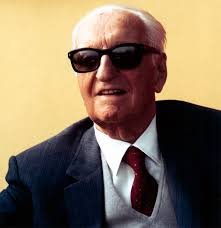 Enzo Ferrari formally resigned as president of his company in 1977, although he effectively retained control of the business. Following the death of his wife in 1978, he admitted to fathering another son, Piero, with his mistress Lina Lardi in 1945.

Shortly after being conferred an honorary degree in physics from the University of Modena, Ferrari died on August 14, 1988, in Maranello; no cause of death was given, although he was known to be suffering from kidney disease. Over the course of his lifetime, his cars won more than 4,000 races and claimed 13 world championships. In recognition of his accomplishments, he was inducted into the International Motorsports Hall of Fame in 1994.

Ferrari cars continue to be recognized as top racing products and luxurious playthings for the wealthy, while its founder remains the subject of public intrigue. The story of his life was captured in the 2003 film Ferrari, and in 2015, it was announced that two new biopics were in the works, with Christian Bale and Robert De Niro set to star in competing films about the famously reclusive auto impresario.

“I know that I am a man who has lived an adventure.”
—Enzo Ferrari